The story of Nathaniel Bentley, otherwise known as ‘Dirty Dick’ is a curious one. He was born in 1735, or thereabouts, into a well-to-do City of London merchant’s family. His father owned a successful hardware business with a house, a shop and a well-stocked warehouse in Leadenhall St in Bishopsgate, and he saw to it that his son was given a good education, as befitted his status as a gentleman. Mr Bentley, senior, died in 1760, when Nathaniel was about twenty-five-years old, leaving his son a successful business. 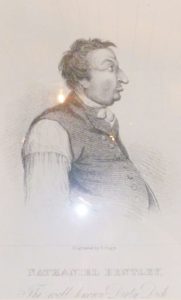 As a young man, Nathaniel was dubbed ‘The beau of Leadenhall Street’ and praised for his good manners and fine clothes. In 1764, a few years after his father died, he visit Paris, where he was welcomed into Parisian society and even met King Louis XV. Politeness and refinement were obviously important to him, and he became and remained a patron of Vauxhall and Ranelagh Pleasure Gardens until the early nineteenth century. 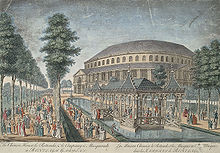 But his life then took a curious turn and here it is difficult to sort out fact from fiction. He ceased to be called ‘The beau of Leadenhall St’ and, instead, became notorious for his slovenly dress and ways. He nickname changed to ‘Dirty Dick’. The squalor of the hardware warehouse, where he now lived, hadn’t been cleaned since old Mr Bentley’s death in 1760. 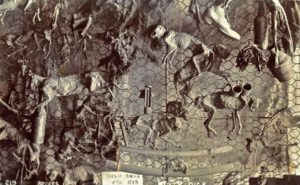 Late 18th century pamphlets went to town on the dirt and added some interesting stories; for example, the mysterious dining-room, locked since the sudden death of Nathaniel’s fiancée on their wedding day, leaving the wedding feast still on the table. This was the story which is said to have inspired Charles Dickens’ depiction of Miss Havisham in Great Expectations, who deliberately stopped the clock when man she was going to marry jilted her on her wedding day – and also left the wedding feast mouldering on the table. 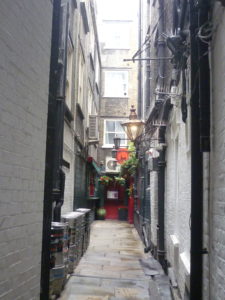 Nathaniel’s excellent manners seemed to contradict his unkempt and dirty figure and this attracted much attention from the pamphleteers. Unwashed and half-dressed in his shirtsleeves and wearing an ill-powdered wig, he refused to have his house cleaned, claiming that its notoriety was good for trade. He might have had a point. At least, he appears to have had a female fan base from the number of women who visited him, intrigued by the mixture of politeness, his personal dirtiness, and the rumours of his Scrooge-like miserliness. Furthermore, he was supposed to sleep in a coffin. 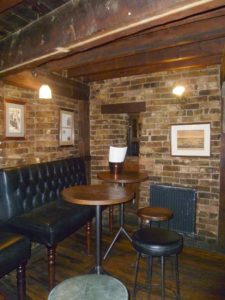 Dirty Dick’s Corner in the cellar

People were fascinated by the contrast between what he now looked like – and, presumably, smelt like, and his exquisite manners.  In fact the majority of his visitors spoke of the gentlemanliness beneath the grime, politeness being ‘his ruling passion’. 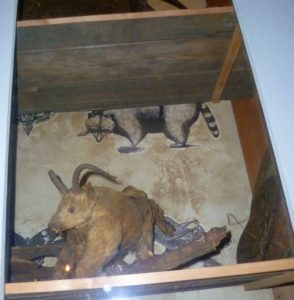 As a contemporary piece of doggerel put it:

Of polish’d language, partial to the fair,

Then why not wash thy face,

And comb thy matted hair?

So what happened to the Warehouse after Nathaniel left 46 Leadenhall St when the lease expired in 1804? 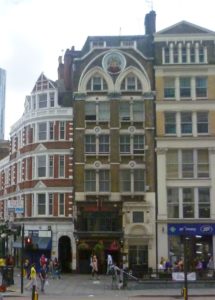 The canny proprietors of the neighbouring The Old Jerusalem drinking house in Bishopsgate, just round the corner from the Bentley warehouse, knew an opportunity when they saw it. They jumped in, swiftly appropriated the Dirty Dick name, and, Hey, presto! The Old Jerusalem became Dirty Dick’s Old Port Wine & Spirit House. They also adopted Nathaniel Bentley’s story – or, more accurately, what the pamphlets had done with his story, and made sure that the pub’s dirt and grime was intensified by hanging dead cats from the low ceilings, together with allowing dust and cobwebs to festoon the rafters and never cleaning the filthy bars. It swiftly became a popular drinking venue for those who enjoyed slumming it for an evening. 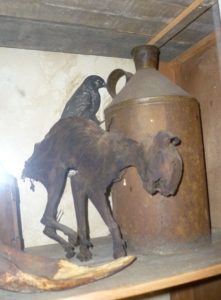 Dirty Dick’s was rebuilt in the 1870s, though the earlier cellars, some without floorboards, are still there. The hanging cats have now gone but there are a few glass cases in the basement containing some of Dirty Dick’s ‘curiosities’: mummified cats, dead birds and so on, and there are a number of scruffy corners in the cellar if you want a quiet drink in a seedy atmosphere. 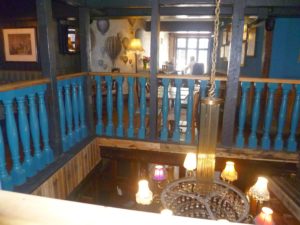 Upstairs is now much classier but still atmospheric.

The rest of Nathaniel’s life is rather sad. After he left Leadenhall St, he moved to Aldgate, only a mile or so away and then to Shoreditch for a further year, where a theft robbed him of much of his money. He left London and moved about fairly erratically ending up in Musselburgh, a small port just outside Edinburgh. He eventually moved to nearby Haddington where he died of fever in 1809. According to the Dictionary of National Biography, at his death he was worth £400, so he wasn’t, as some have had it, a beggar. It wasn’t a huge amount either but he could, if he had chosen, have at least lived in modest comfort.

His is still a very curious story.