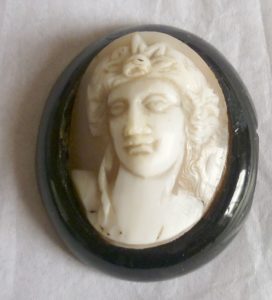 Male character’s names are also reused. For example, the top male name in 1800 was John, (followed by William and Thomas) and Johns abound in Jane Austen’s novels: there are two John Knightleys in Emma: her brother-in-law and one of her nephews; and the obnoxious John Thorpe in Northanger Abbey; John Dashwood, the heroine Elinor’s half-brother who inherits Norland Park in Sense & Sensibility , as well as the handsome but duplicitous John Willoughby; and Mrs Dashwood’s cousin, Sir John Middleton, who offers her Barton Cottage, after her husband’s death.

Few novelists nowadays would have three characters with the same first name in the same novel – even if they are not major characters. However, as we shall see, Jane Austen both mirrors and comments on the customs of the time. 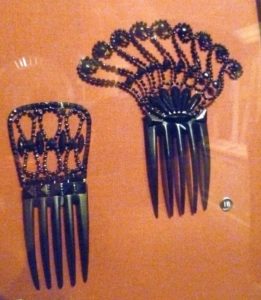 Continuity with regard to names was very important in the 19th century for demonstrating family connections, as the history of the Elliot family entry in the Baronetage demonstrates ‘with all the Marys and Elizabeths they had married’ mention on page 1 of Persuasion.

The convention is for the eldest son and daughter to be named after their parents, as Sir Thomas and Lady Bertram, née Maria Ward, do in Mansfield Park. Jane Fairfax in Emma is named after her dead mother. In Persuasion, Charles Musgrove’s elder son is named Charles, and so on. 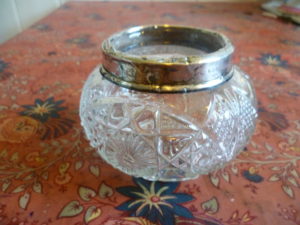 However, money also has an important role in the choice of name. In Emma, John Knightley is a younger son with no estate of his own. The Hartfield estate, where his wife Isabella was brought up, has no male heir, so it is the elder daughter, Isabella, who will inherit Hartfield. The financial importance of that is echoed in their eldest son’s name. ‘Henry is the eldest; he was named after me, not after his father,’ says old Mr Woodhouse, Isabella’s father. Plainly, such a departure from the norm needed an explanation. Otherwise, the John Knightleys are traditional – or possibly ambitious: their children are named Henry, John, George, Isabella and Emma. The second son is named after his father, and the third, George, is named after John’s elder brother, Mr George Knightley, who eventually marries the heroine, Emma, Isabella’s younger sister. I’ve often wondered if John and Isabella had an eye on Emma Woodhouse’s fortune of £20,000 when naming little Emma. 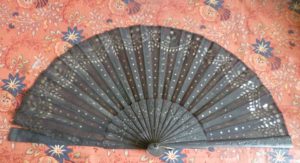 If a child has little in the way of fortune, then a wealthy god-parent is essential. In Oliver Goldsmith’s The Vicar of Wakefield, Mr Primrose’s wish to call his daughter Grissel is ignored. Instead, ‘a rich relation taking a fancy to stand godmother, the girl was, by her direction, called Sophia’. Mr Primrose is not wealthy; he falls in with the godmother’s wishes. So we see that it was customary for a child to be named after a wealthy godparent.

Another wealthy godfather is Mr Darcy, senior. Mr Darcy’s son is named Fitzwilliam, which is his aristocratic wife’s maiden name – and it cannot be an easy name to live with. Its use as a first name surely indicates that Lady Anne Darcy’s superior breeding is of major importance to the Darcys. Jane Austen may also have intended it to say something about its owner’s pride in his rank.

We are not told the senior Mr Darcy’s first name. However, his daughter is named Georgiana, rather than Anne after her mother, and George Wickham is his god-son. Jane Austen’s contemporary readers would have picked up these clues and concluded that Mr Darcy’s first name was George. 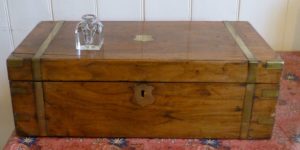 They would also have assumed that Anne Elliot was named after her well-to-do, childless godmother, Lady Russell. Doubtless, Anne’s spendthrift father, Sir Walter Elliot, hopes that Lady Russell will leave her fortune to Anne.

Names, therefore, are not chosen because the parents like them, as they are today, but with regard to family connections or a hoped-for inheritance. In Mansfield Park, we don’t know Mrs Norris’s first name but we do know that she is Betsy Price’s godmother (Betsy being a pet name for Elizabeth) and the poor child is going to need a dowry. Mrs Price would almost certainly have named her daughter after her sister – and is hoping (probably in vain) for a legacy. 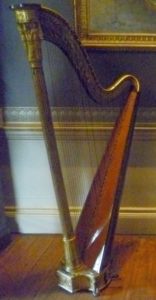 We can tell more. Most people at that date had only one Christian name. A second name indicates something significant, as we see with William Walter Elliot, the heir to the baronetcy and Kellynch Hall in Persuasion.

There is also the class factor. Most of the female servants in the novels have Old Testament names, for example, Mrs Price’s maid, the slap-dash Rebecca; Mary Musgrove’s maid, Jemima; and Hannah who closes doors quietly in Emma. These names came in with the Reformation and were taken up by Puritan families; Old Testament names were seen as anti-Papist and somehow staunchly Protestant; and, from the Tudor Reformation in 1534 on, we find names like Samuel and Isaac, Sarah and Rachel being widely used in England, and, later, in America. With a few exceptions, Old Testament names were rarely used by the upper classes in the early 19th century. 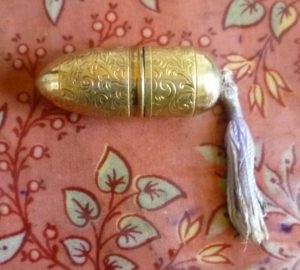 Jane Austen’s heroes and heroines usually have regal names of Germanic or New Testament origin rather than from the Old Testament.

Occasionally, Jane Austen uses a name as a pointer to character. Take the dreadful Augusta Elton in Emma. The name Augusta came in with the Hanoverians. George III’s sister and mother were both called Augusta, and his nine sons include: Frederick Augustus, Edward Augustus, Ernest Augustus and, in case you missed the point, Augustus Frederick. Jane Austen neatly indicates Augusta Elton’s social pretensions in the name she gives her. 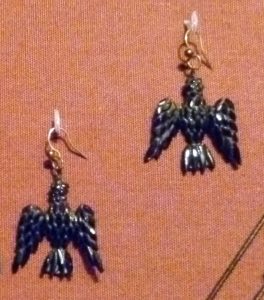 Frederick is another Hanoverian name: as well as the Frederick Augustus and Augustus Frederick we have already noted, George III also had sons called Adolphus Frederick and William Frederick. Doubtless, Captain Wentworth’s father had ambitions for his son and named him accordingly. Frederick became one of the most popular male names of the 19th century. And, of course, we have that amoral but sexually attractive cad, Frederick Tilney in Northanger Abbey.

Here are my answers – you don’t have to agree with me!

I would say, Jane, as this is the name of her eldest daughter.

William is the most likely. We know that the heir to Longbourn is Mr Collins, whose first name is William. It would have been sensible for Mr Collins’ parents to have named their son after the head of the family, even if the Collins and Bennet families were estranged at the time.

3. Why did Charles and Mary Musgrove name their second son Walter? And whose idea was it?

Their elder son is named Charles after his father, and I suspect that it was Mary’s idea to name her second son Walter after her own father, Sir Walter Elliot. Mary is very conscious of her superior social position as an Elliot, and I think that she would want to emphasise that.

4 Why did Lady Catherine de Bourgh name her daughter ‘Anne’ rather than ‘Catherine’?

5. What will Mr Collins name his eldest daughter?

Mr Collins has a choice. Traditionally, his first daughter’s name would be Charlotte after her mother, but I cannot help thinking that Lady Catherine would demand to be the baby’s godmother, so, naturally, the baby would be named Catherine. But I like the suggestion that he might think long-term and name her Elizabeth and ask the new Mrs Darcy, to be godmother. But such a step could make life very unpleasant at Hunsford Parsonage . Maybe it would be safer to stick to Catherine.

I don’t suppose Charlotte would have much say in the matter.