The Catholic Church tried in vain to persuade parents to give their sons a saint’s name from the Gospels but they only succeeded with John, the apostle Jesus was closest to. By the 13th century, it was Henry, John, Richard, Robert and William which made up 38% of all men’s names but, gradually, the other Gospel names began to be used.

But what about Thomas? The sudden jump of the name Thomas from almost nowhere to one of the top three names (with William and John) is due entirely to one man, Thomas Becket (1118-1170), who became Chancellor to King Henry II, brokered a number of useful deals for the king and skilfully supported Henry’s foreign policy. The King and Becket became very close until Henry pushed the unwilling Thomas into becoming Archbishop of Canterbury in 1162. Henry hoped that this move would help him to rein in the might of the Catholic Church. But Thomas, once archbishop, refused to play ball. He resigned his chancellorship and stood aggressively by his new master, the Church, instead. 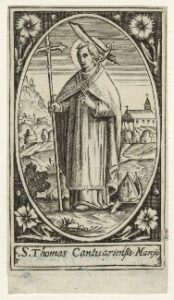 Henry was furious and the resulting quarrel turned to bitter recrimination; Becket was forced to flee the country; Henry confiscated Thomas’s property and banished his friends; in return, Becket excommunicated him. Becket eventually returned to Canterbury at the end of November, 1170. But not for long. Becket’s continued intransigence  exasperated the King who, reportedly exclaimed, ‘Who will rid me of this turbulent priest?’ Four of Henry’s knights took up the (supposed) challenge and murdered Becket in front of the altar of Canterbury Cathedral on 29th December, 1170. The shock of the Archbishop’s murder reverberated throughout Europe and, almost immediately, eager pilgrims began to attribute miracles to Thomas’s intervention. Becket was hailed as a Christian martyr and, in 1173, he was canonised as St Thomas of Canterbury. In 1174, King Henry II himself was forced to do public penance at his tomb. 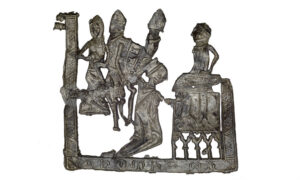 A lead tourist’s souvenir of St Thomas’s murder in front of the high alter in Canterbury Cathedral: Thomas is kneeling before the altar, the knights are attacking him.

A magnificent shrine was erected, together with a number of important stations in the cathedral where pilgrims could visit, pray, and leave offerings: the site of Becket’s murder before the high altar; the place where his body rested the night after his murder; the crown of his head, sliced off by one of his murderers; his skull; the hair coat which he had been wearing under his archbishop’s cope; as well as the tomb in Trinity Chapel where his body was finally laid to rest. Pilgrims, which included many English Kings and Queens, left money, gold and silver vessels, jewels, bees’ wax candles, wine, and so on.

Canterbury Cathedral became one of the most famous sites in Christendom and a major draw for pilgrims – as commemorated by the poet Geoffrey Chaucer in his Canterbury Tales. Thomas’s murder made the cathedral immensely rich.

The name ‘Thomas’ shot to the top three boys’ names and remained there for centuries;  research into the compulsory registration of baptisms between 1550 and 1799 shows that the names William, John and Thomas accounted for over 50% of all  names given to boys. 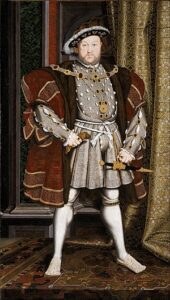 And that looked set to continue – but, instead, there was for one major blip: King Henry VIII and the Protestant Reformation.

King Henry VIII had come to the throne as a Catholic King – he had even been granted the title of Defender of the Faith by Pope Leo X. But the failure of his wife Katherine of Aragon to provide him with a living son (though, poor woman, she had given birth to five boys who were either stillborn or died when infants) turned his thoughts to divorce. He was desperate to remarry and sire a son and heir. Katherine’s parents were the formidable Ferdinand and Isabella of Castile who prided themselves on being ‘los reyes católicos’ and the pope backed Katherine and refused to annul Henry’s marriage. 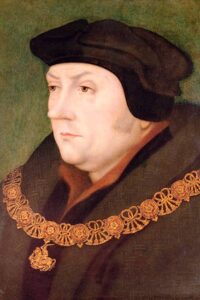 Thomas Cromwell, a Protestant sympathizer and King Henry’s close advisor, suggested to Henry that he made himself Head of the Church of England which would facilitate his divorce. It didn’t, but it led Henry to authorize Thomas Cromwell to begin tackling the inordinate wealth of the monasteries. Henry very soon realized that this was, potentially, a huge goldmine and, between 1532 and 1535 the Dissolution of the Roman Catholic monasteries effected one of the largest exchanges of property the country had experienced since the Norman Conquest in 1066. Money from dissolved monasteries, abbeys, nunneries etc. poured into Henry’s coffers; valuable lead was stripped from roofs, shrines were broken up as idolatrous, and their gold and jewels seized for the Crown. And those properties which Henry didn’t want for himself, went to his supporters – and Thomas became immensely rich. 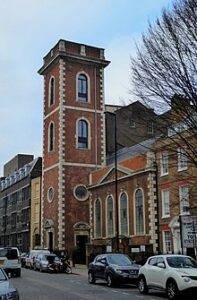 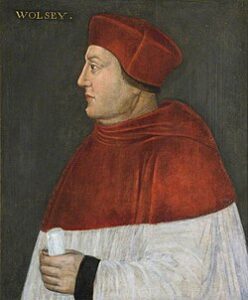 Cardinal Thomas Wolsey (1475-1530) Arrested for high treason but died on his way to London to face the charges. Unknown artist, courtesy of Wikipedia

But something else happened which I discovered in a conversation with my historian brother; after 1532, the name ‘Thomas’ as a Christian name disappeared almost entirely. Suddenly, ‘Thomas’ became a politically charged name and one which was dangerous to bear; it hinted at a refusal to turn Protestant, and maybe at a lack of support for the King’s wish to divorce Katherine of Aragon and marry Anne Boleyn to get a male heir. Katherine was popular and there was much public sympathy for her. 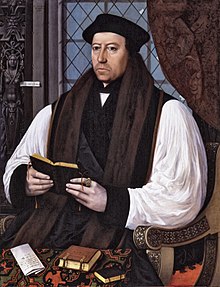 Archbishop Thomas Cranmer (1489-1556) by Gerlach Flicke, Burnt at the stake. Courtesy of the National Portrait Gallery

I listened incredulously: as any reader of Hilary Mantel will attest, the 16th century was full of men named Thomas: Thomas Cranmer, Thomas Cromwell, Thomas Wolsey, Thomas More to name but a few. My brother calmly pointed out that they had all been christened before 1532. After that date, and for Henry’s lifetime (he died in 1547) and possibly Edward VI’s lifetime, too, it was simply unsafe to call your son ‘Thomas’ – and, for a generation, people, on the whole, didn’t. 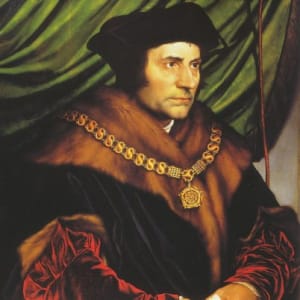 Together with the name ‘Thomas’, a number of other names of non-Scriptural saints fell into disgrace, and disappeared – names of the early Church Fathers for example: Austin (from Augustine), Basil, Bennet (from Benedict), Gregory, and so on (though Austin and Bennet survived as surnames). Even ‘Peter’, the name of the first apostle and the founder of the church, dropped in popularity. It was simply too papist. And there are surprisingly few ‘Pauls’.

What happened next is very interesting. The puritans Protestants, who were eager to sweep away all evidence of Roman Catholicism, decided that the Old Testament names were the only really safe ones – in a way, they almost counted as Protestant: the owners of such Old Testament names as Joseph and Isaac didn’t need a priest to mediate between themselves and God, as Roman Catholics did; they dealt with Him directly – like good Protestants. Old Testament names like Samuel, Benjamin, Joseph, Jacob, Josiah, Isaac, David, Jonathan and Abraham, were ready to take the place of the now dodgy saints’ names and quickly became absorbed into the name pool: witness Samuel Pepys, Isaac Newton, Josiah Wedgwood, Jonathan Swift, to name but a few.

On the continent, Old Testament names were viewed as exclusively Jewish, and their use had not extended to Christians, but that was not the case in England. In 1290, King Edward I had exiled all the Jews from England, probably for religious reasons, so the Old Testament names were freed up, as it were. Ordinary people knew many of the names, anyway, partly through the numerous wall paintings inside churches depicting Old Testament stories, like Abraham preparing to sacrifice his son, Isaac, and God sending him a ram caught in a thicket to sacrifice instead, but also because of the popularity of Medieval Mystery Plays acted by various guilds, which also staged Bible stories, for example Noah’s Flood.

Is Thomas on its way out? That would be a pity. My own father was named Thomas after his grandfather. My parents considered ‘Thomasina’ for me, but my mother, ever practical, said, ‘Supposing she lisps?’ The idea was dropped.

How is Thomas doing in the 21st century? In 2019 it was still in the top hundred but only just, at number 89. Some of the Bible names I mentioned, for example: Benjamin, James, Isaac, Jacob, Josiah and Andrew were still there though well down the list. William and John have disappeared. Henry is there but we probably have Prince Harry to thank for that. What will the future hold for Thomas?