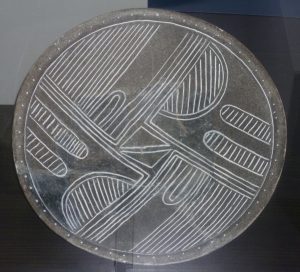 The answer is, neither. It comes from Bulgaria and it’s Neolithic, dating from 4000 B.C. And that makes it more than 6000 years old. 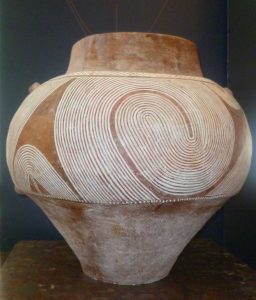 I had gone to Bulgaria to see its Bronze Age Thracian treasures, which were indeed spectacular. The Thracians arrived in Bulgaria from the Russian Steppes in about 4000 BC, bringing with them the art of casting bronze. Technologically, as far as bronze was concerned, they were superior; and the grave goods discovered in the numerous tombs were marvellous. 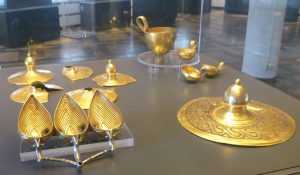 However, the indigenous New Stone Age people they conquered created pottery which, in my view, was just as sophisticated and several thousand years earlier. 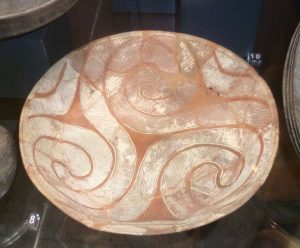 For the rest of the holiday, whenever we visited a museum, I shot off to see the Stone Age pottery and left the Bronze Age gold artefacts for later. The tulip vase below is one of my favourites. It’s the size of a large goblet and it dates from 6000 B.C. which makes it 8000 years old. It’s contemporary with sabre tooth tigers and mammoths!

Heaven knows what sort of pottery we were making in Britain at this date, but it certainly wasn’t of this quality.

If there is a moral here, it is surely that invaders are not always technologically superior to those they conquer. The Bronze Age Thracian pottery was fine but not, in my view, of the same quality; it was certainly not a patch on the Neolithic potters’ achievements.

I found myself wondering if there wasn’t an echo of the sinuousness of the Neolithic pottery in the curves of some of the Thracian gold grave goods. 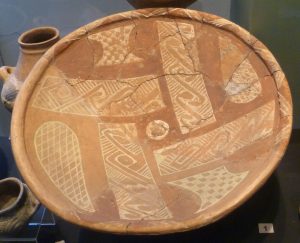 Of course, it’s not a case of  ‘either, or’. I am allowed to enjoy both the Neolithic pottery and the Bronze Age artefacts, and I did. But discovering the quality of the Neolithic, 4-6000 BC  pottery was a huge and unexpected bonus. 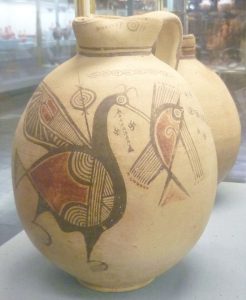 As a coda to this, when I later visited Cyprus, I discovered that their  Bronze Age pottery was equally stunning. This stylized bird looks extraordinarily modern, given that it dates to 3500 BC. 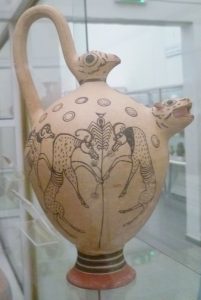 And I loved this elegant ewer with the stylized antelopes (the curly bits on top of their heads are horns), also Bronze Age and from Cyprus. 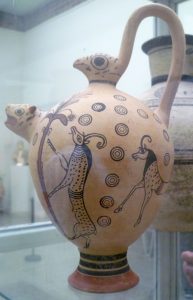 And here it is facing the other way. I love the mixture of stylization and freedom of execution, and the black and white bands round the base. Whoever made it was a true master.

What I learnt from visiting Bulgaria and Cyprus was not to dismiss early pottery in museums as boring because, sometimes, it can amaze and astonish.

10 thoughts on “Bulgarian pottery: the Shock of the Old”