A month or so ago, I was honoured with an invitation to be one of the judges for the Historical Writers’ Association Gold Crown Award, 2021. Part of me thought: Elizabeth! Haven’t you got enough to do already? But another part of me argued – It will be good for you. You’ve been so absorbed in getting your Elizabeth Hawksley back list up in e-books which has been a huge learning curve and frequently driven you bonkers, that you’ve actually done very little else.

I decided that my alter ego was probably right – so I said ‘Yes, I’d be delighted.’ Almost immediately, historical novels started to thud onto my doormat – 50 of them so far – and the closing date for entries isn’t until the end of April! So the first thing I have to report is that the Historical novel is, plainly,  alive and well.

So what do Historical novels look like nowadays?  There is a huge variety: I cannot cover everything but here are some of the the current genres. 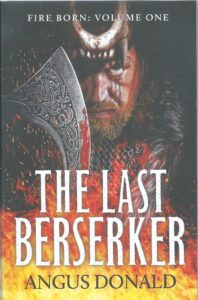 The Last Berserker by Angus Donald

Books about fighting: Here’s what it says on the back cover of The Last Berserker: Two pagan fighters – One Christian king – An epic battle for the soul of the North – ‘Gloriously entertaining’! I think I know what I’m in for. Actually, I quite like a good ‘band of brothers’ story. with all the thrills of preparations for war, dastardly deeds, and nail-biting fights.  I read a lot of G. A. Henty’s 19th century historical adventure stories for boys when I was a child with stirring titles like: ‘In the Reign of Terror’ and ‘A Final Reckoning’ and The Last Berserker sounds similar but almost certainly more graphic. 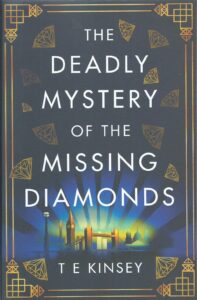 The Deadly Mystery of the Missing Diamonds by T E Kinsey

Detective novels are very popular: I like the Jazz Age cover for The Deadly Mystery of the Missing Diamonds by T. E. Kinsey. Set in London, 1925, two jazz musicians investigate the planned theft of a hoard of jewels. The strap line at the back says: Missing diamonds. Mysterious deaths. And all that Jazz.  But we are now in 2021 so the (male) author gives us two female snoops as well – which, personally, I welcome. It sounds a fun read. 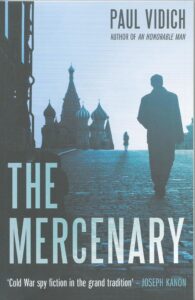 The Mercenary by Paul Vidich

Books with a 20th century setting: The choice of period is much wider than it used to be. Who is Vera Kelly by Rosalie Knecht is a spy story set in New York City, in 1972. The strap line: The twisty, literary, woman-driven spy novel you’ve always wanted to read’ indicates where this genre is heading. And I must say it was a shock to find that the 1960s are now historical; or even the 1980s like Paul Vidich’s The Mercenary a Cold War thriller set in Moscow in 1985. 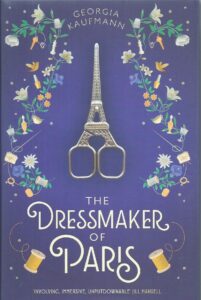 There are, of course, a number of World War II novels, some like Georgia Kaufmann’s The Dressmaker of Paris, combining the horrors of war with something feminine – like fashion. It has a gorgeous cover – not to be despised. (In fact, I’ve tried to choose covers which will show up well in a blog, though I have noticed that, even though I lighten the covers, the fact that the photos are comparatively small, makes them look darker.)  Cover designers take note! 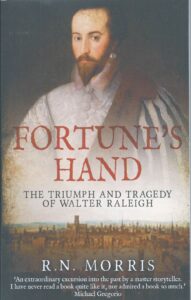 Books featuring real people: this category is perhaps not so popular as it once was. I have R. N. Morris’s book on Sir Walter Raleigh; Miranda Miller’s on the 18th century painter Angelica Kaufmann; and Anne O’Brien’s The Queen’s Rival set in 1459 during the Wars of the Roses, featuring the manipulative Cicely Neville, Duchess of York, who is determined to see her son Edward on the English throne.

I love books like this: I swear that my knowledge of who is who in Shakespeare’s play  Richard II  (which I was teaching in a crash one year ‘A’ level class)  owed much to Anya Seton’s terrific novel Katherine, the gripping story of the mistress of John of Gaunt, who was King Richard’s uncle. We were also studying Chaucer and my students ended up speculating whether Richard’s cousin, Henry Bolingbroke, could have met the Wife of Bath! And, if so, what happened.

What am I looking for in an Historical novel? First and foremost, I want books which grab my attention and make me want to read on – in Chapter 1. It’s also important that I can believe in the world the author has created. So I must have characters I can identify with and care about. Naturally, I expect historical accuracy; I want the author to have done his or her homework properly; so any anachronisms which jerk me out of the story will be noted – but not in a good way..

It’s not easy to create a world in a different time and place. 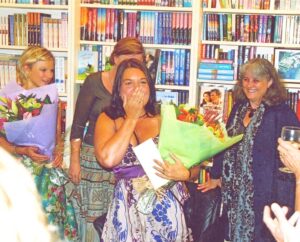 September 2006: Jean Fullerton wins the Harry Bowling prize for ‘No Cure for Love’

I have judged book competitions before. In 2006, I was one of the readers for the long list of the Harry Bowling prize for new books set in London. Harry (1931-1999) was a popular writer of exciting East End stories in a realistic Cockney setting. In 2006, his publisher Headline, and the literary agency MBA, set up the Harry Bowling Prize in his memory for unpublished fiction with a London setting.

My job was to read a number of 1st chapters with their synopses and indicate any which I felt deserved to be on the short list. Headline and MBA then decided on the winner. I enjoyed Headline’s celebratory party in September and I took the opportunity to meet those writers whose chapter and synopsis I’d recommended – and who were on the short list. 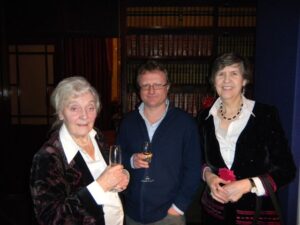 More recently, in 2011, the Romantic Novelists’ Association invited me to be a final judge of the Historical Novels section’s short list for the RNA’s annual RoNA awards. My fellow judges were Richard Lee, founder of the Historical Novel Society, and Diane Pearson, president of the RNA. We were all sworn to secrecy.

Although I’d reported on dozens, if not hundreds, of typescripts over the years, been a publisher’s reader, and a preliminary judge for the Harry Bowling Prize, this was my first time as a proper judge. I’d heard stories of horse trading behind the scenes at the Booker and I was half-expecting it to be daggers drawn at mid-night with furious arguments over clashing choices.

So, what were we looking for? Historical accuracy with convincing period background and detail – without resorting to information dumps – was a must. We wanted well-rounded, interesting characters we could believe in and with whose problems we could identify; they, too, had to be of their period – no anachronistic 21st century behaviour. And we were after that most difficult thing: language that was convincingly in period without resorting either to archaisms which tripped up the reader or inappropriately modern language. 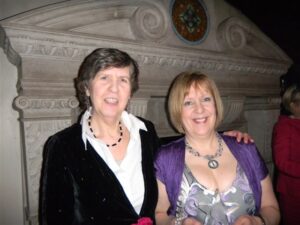 Fortunately, my fears were misplaced. All went smoothly and Elizabeth Chadwick’s To Defy a King was our unanimous winner. In October, we, and other members of the RNA and guests, celebrated with a champagne reception at the magnificent Liberal Club in London.

This time, with the 2021 HWA Gold Crown Award, there are far more books to read, but more time to read them in. The final judges for the 2006 Harry Bowling Prize only wanted a few lines from the long list judges indicating which chapters and synopses we felt should go forward. The RNA in 2011 didn’t ask for anything written down at all – only the result (though Diane, Richard and I did exchange a brief paragraph on the six short-listed books between us– and there, too, we were unanimous) and this year, the 2021 HWA Gold Crown Award has asked us for a few lines on each book saying what we thought – and a mark out of 100. It’s interesting that the instructions I received in 2006, 2011 and this year are remarkably similar.

‘Tempting Fortune’ is now out in e-books.