I am busy getting my Elizabeth Hawksley back list of ten historical novels into e-books The first e-book will be Highland Summer and I’ve been remembering the struggle to introduce my heroine, Robina (an intelligent but naive seventeen-year-old girl) in such a way as to make her interesting. The novel was in the third person and I was getting desperate. And then I had an idea: I would write Robina’s diary and see what happened. Perhaps a (temporary) first person viewpoint would help to free the block. 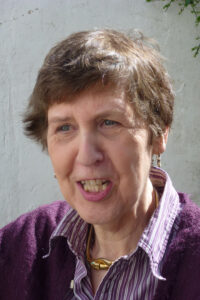 And this is what appeared:

Grandfather has died and things are going to change. I knew it was going to be different the day after he died when, for the first time ever! Grandmama and I had a bowl of soup and a bannock for luncheon. Normally, we don’t eat from breakfast at nine o’clock sharp, until dinner at five o’clock, because Grandfather despises, despised people who couldn’t last out. ‘Old women and invalids,’ he would snort. Poor Grandmama keeps oatcakes hidden away in a tin. And, in defiance of Grandfather’s wishes, she always makes tea at three o’clock.

At first a stream of waffle poured out. Doggedly, I went on writing. Then, suddenly, an unexpected nugget popped up. Robina and her grandmother have been living under the autocratic rule of a not very pleasant man. She’s a hungry teenager, and, possibly, ripe for rebellion.

After about forty minutes of continuous writing I realized, to my surprise, that I now knew several important things about Robina which I hadn’t known before. (She’s in love with a wimp, and she speaks Gaelic) I’d no idea where they’d come from but, once they appeared, not only did they make sense; new possibilities for the book also emerged. The block was unravelling. 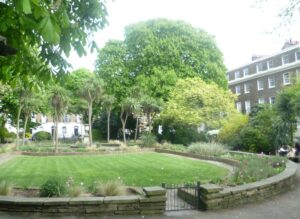 Canonbury Square, Islington: a good space for writers to think in. Photo by Elizabeth Hawksley

But was it all right to intersperse a third person novel with chunks from the heroine’s diary? Shouldn’t I now try and put what I’d learnt from Robina’s stream of consciousness diary into the third person? I sent the first chapter to my agent to see what his reaction was, and waited anxiously.

He loved it. He thought it worked, and pointed out that if Charles Dickens could intersperse Bleak House with chunks from his heroine Esther’s diary, why shouldn’t I?

I agreed. I would decide for each Robina scene whether it would be best done from Robina’s journal point of view, i.e. in the first person, or in the third person. There were pluses and minuses for both. Eventually, I had 29 extracts from Robina’s journal, the rest was in the third person which allowed me to explore Robina’s life from different viewpoints – which might differ, of course, and that would help to keep the reader’s interest.

The most important thing I learnt from this exercise was a) to write in stream of consciousness mode without trying to shape it, and b) that, eventually, the character whose diary you are writing will herself, or himself, will give you the answers you need. Of course, they may not be what you thought was going to happen but if what comes up surprises you, the author, then they’ll surprise the reader, too, which is what you want.

16 thoughts on “Writing Tips: Getting a Character Unstuck”